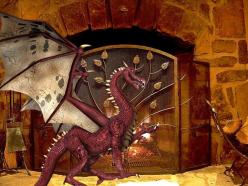 “The year in review?” Dragon opened one sleepy eye. She raised her head and gave me a curious look. “What is that?”

I wrinkled my brow. I thought it quite self-evident, but I shrugged and offered Dragon an explanation anyway. “It’s just a brief summary of the events of the past year.”

“Oh.” She went back to basking next to her illusory fireplace, curling up tightly, dropping her reptilian head onto her arms, and tucking her tail around her nose.

My Arrogant One shuddered. “Who in their right mind would want to dwell on the events of this year past?”

I shrugged. “Many people would. It’s fun to recall some of the good times we had.”

“Not everyone had good times. This year did not start out well for some of us.” The elf’s usual smug, superior look was replaced by a pensive expression. “Do you not remember? At the end of the previous year, I had developed a problem controlling my power. At the start of this year, Dragon and I returned to the land of the Wish Listeners to search for the cause and – mayhap – a remedy for my affliction.”

My Arrogant One grasped his cloak and pulled it tight around himself. His voice was so soft I had to strain to hear him. “Dragon almost died there. And I almost abandoned her to her fate, shaming myself and dishonoring the elven race.” His face was pale, and he drew his cloak even tighter around his shivering body.

Dragon raised her head again, studying the elf through heavy-lidded eyes. “Yes, I remember that. The elf is right. It was not a good start to the year.” A small plume of black smoke drifted from her nostrils, underscoring her words.

My Old Dwarf walked over to Dragon and caressed her scaly face. “But thet you-nee-corn been tookin’ me ta tha udder world ta be savin’ ye, beastie. An’ tha elfie been doin’ right by ye in tha end, when it really been countin’ fer summat.”

Dragon considered this for a moment before nodding and resuming her basking.

My Bounty Hunter cleared his throat and nodded. “It was a long and frightening eight weeks. Those of us who remained here had no way of knowing where you were, what was happening, or if we would ever see you again.”

“There were a number of other frights and scares this past year.” My Young Hero blushed as he remembered. “I was beset by nightmares for a long spell.” He smiled warmly at me. “You helped me understand that even heroes can have nightmares.” 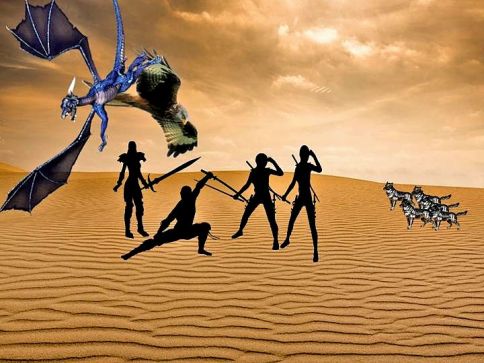 “Your fears were nothing compared to the terror I faced after meeting our young neighbor, Marisol. She quickly demonstrated not only the capability to see through my spell of concealment, but the capacity to see my true nature.” Dragon sat up again, dark smoke drifting from her nose. 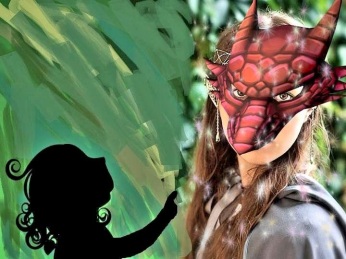 Sorceress entered the room as Dragon was speaking. She placed a tray of eggnog and Christmas cookies on the table, then turned to Dragon and nodded. “That was a frightening predicament for all of us. The child’s inexplicable ability may have revealed our existence to the inhabitants of this world beyond Mistress Writer and Master Miles.”

“Marisol and her mother, Bastina, were not the only new acquaintances this past year.” Miles helped himself to a glass of eggnog and a few cookies as he turned to me. “You and Dragon met that repairman who came out to fix the heat element in our rain gutters when we had a problem with the formation of ice dams. You remember him and his alleged griffin, don’t you?”

“I assure you, Master Miles, there was nothing alleged about the griffon.” Dragon got a sappy look on her face, and her cheeks glowed bright red. “It was nice to meet someone who understood my nature and my presence here, and with whom I could communicate in the old ways of my race.” 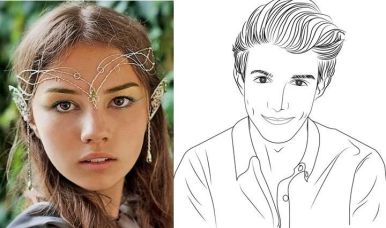 Miles gave me a questioning look.

“The griffin apparently arrived here much the same way Dragon and my other characters did – falling out of someone’s manuscript. And, according to Dragon, Griff has the ability to communicate telepathically, the same way the Great Wyrms of Dragon’s world communicate.”

“Oh.” Miles furrowed his brow and nibbled another cookie as he digested this information.

I nodded. “Yes, I had almost forgotten about meeting Crawford. He and his friend, Griff, proved themselves to be allies and valuable resources. After the meeting of the writers’ group Lost in the Words, Crawford directed us to Christine and Talia, the owners of the Chris-Tal Clear Metaphysical Store. He said they might be able to help us determine just what Marisol is and whence she gets her power.”

Dragon chuckled. “But getting Talia to help was most difficult. Christine had to exert a great deal of persuasion on her partner. Still, the spells the two ladies provided remedied the problem, and we remain undiscovered by most in this world. And Talia did say when Marisol is older, Talia can teach her, train her to use her power rather than be used by it.”

“We made another new friend this year as well.” My Foreman raised an eyebrow as he settled into the recliner with a glass of eggnog in his hand. “And a new enemy, mayhap?”

“By friend, of course, you mean either Didi or Arthur.” My Gypsy waggled his eyebrows and smirked. “But whoever could be the enemy of whom you speak?” 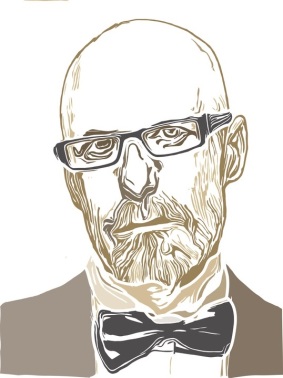 My Foreman guffawed. “Arthur is no friend.” He turned to me. “Mistress, did not Crawford predict you had made a powerful enemy in Arthur?” 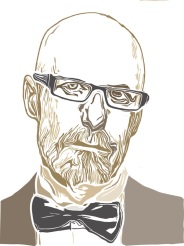 I sighed. “He did. I thought after Cleric had put Crawford’s mind at ease over the circumstances surrounding the death of his nephew, the danger he represented was over. But then Crawford apparently interfered with my Arrogant One’s magic, causing one of the elf’s spells to go awry.”

“Didi turned out to be a friend, though.” My Gypsy smiled broadly. “She wrote an excellent article on Colton and his new pony, Blue.”

“Blue!” Cleric exclaimed. “The therapy pony is another new friend we have made this year!” Her smile faded as quickly as it had appeared. “Of course, we lost a good friend when Colton’s first therapy pony, Peaches – who we knew as Mystery – passed away.” 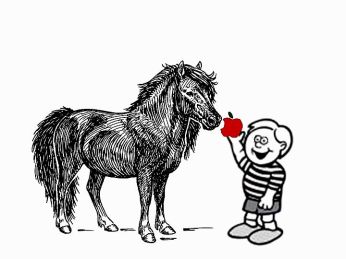 We all nodded somberly.

“But not everything that happened this past year was bad or sad or frightening,” my Young Hero reminded us. “Because of your strong bond with Mystery, and your ability to communicate with animals, Cleric, we attended the auction and found Blue for Colton.” 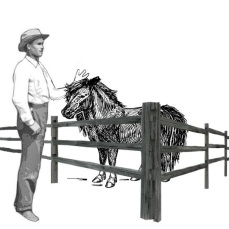 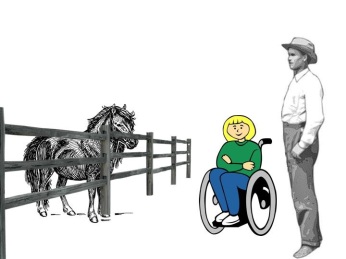 My Gypsy agreed. “We helped them both deal with their depression over losing their closest friend – Colton had lost his pony, Peaches, and Blue had lost his owner, Casey. Later, after Colton and Blue were working well together, we got to enjoy a wonderful trail ride with them and Colton’s mom. Colton and I had another outstanding competition identifying birds. That blind boy can identify birds by sound better than most sighted people can identify them by visual observation! And then we had a delicious barbecue after the ride.” 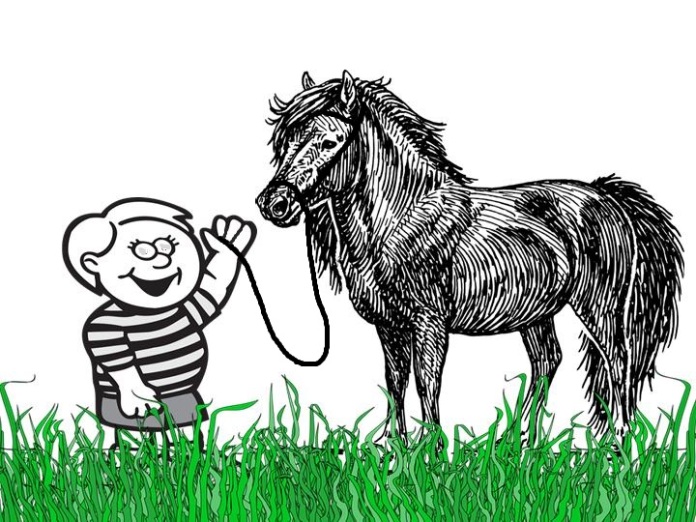 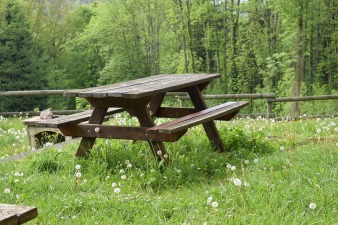 “Ye dinna been toldin’ me there be a barbecue at thet trail ride.” My Old Dwarf frowned. “Iffins I been knowin’ thet, I been learnin’ how ta be ridin’, too!”

“The trail ride was not the only fun any of us had this past year.” My Bounty Hunter rejoined the conversation. “Do you not all remember the debate over magic versus technology? We all went on a nature hike and were afforded the opportunity to use Mistress Writer’s magic box that she calls a camera. The wildlife pictures taken by the magic users were no better than those taken by those of us unskilled in the arcane arts.”

My Old Dwarf scoffed. “Aye, lad, but I already been ‘splainin thet ta all o’ ye. It do na be becausin’ anythin’ thet tha lass be callin’ tech-nol-o-gee. Tha magic box really be magic, but tha magic be in tha object, liken me old ring o takin’ me places.”

I leaned closer to Miles and explained, “He means his ring of transportation.”

“Aye, lass, me ring o trans-port-tatin’. Tha magic be in tha ring, so’s even non-magic folk kin be usin’ it, same as tha magic box ye all be callin’ a cam-er-ah, what holds tha magic inside it.” My Old Dwarf shook his head at our lack of understanding.

I laughed. “I guess we’ll have to agree to disagree on the technology issue.”

“That was not the only time we got to use the magic box . . . er, camera.” Cleric grinned.

“That’s right. We saw many different birds and animals when Mistress Writer took us on another nature hike at the beginning of summer, as well.” My Bounty Hunter smiled as he remembered. “Dragon had created illusory cameras for us, so we did not have to share. We all took a large number of photographs that day.”

“I remember.” I nodded and turned toward my Arrogant One. “And there was another time when you took some outstanding nature images, too.”

The elf flushed with pride and sat up a little taller.

“And when you and Master Miles were sick with pneumonia this past spring, Mistress Writer, I took a lot of pictures of the birds in your yard and on our deck to share with you after you recovered.” Cleric smiled at the memory. 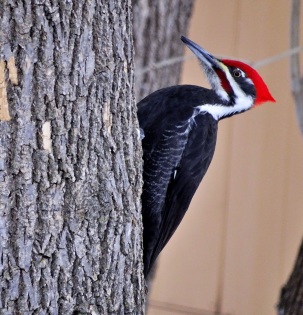 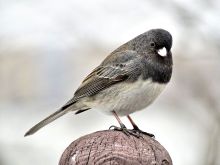 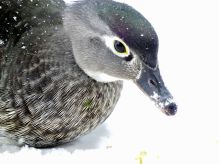 “We should have taken pictures the previous month, when the weather was so bad, and all those robins were on the deck.” Dragon shivered as she remembered.

Cleric chuckled. “You were so fascinated by the robins, you shrank to the size of a housecat and climbed up on the back of the sofa to watch them.”

“The robins may have been the most numerous that day – I think there were almost a hundred on the deck – but they were not the only birds we saw,” my Gypsy recalled. “I think we identified 11 different species in the snow and ice, including two different hawks.”

“See?” My Young Hero grinned. “I told you not everything about this past year was bad or sad or frightening. We shared a lot of fun and good times as well.”

My Bounty Hunter nodded. “It makes me most anxious to see what the coming year will bring.”

We hope, dear readers, you have enjoyed following the adventures and misadventures of my little band of displaced characters this past year, and for all the years they have been creating chaos in this world. And we hope you will continue to join us in the coming year as we face whatever comes our way – good, bad, sad, or frightening. It will always be nicer for us if you come along and keep us company. We’ll leave the porch light on for you. 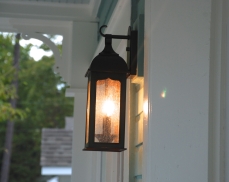