The Foreman, Tor, glared at the other two men. The first, the one called the Boss, was bound hand and foot on the ground. The other, the stable hand who had attacked Tor, stood, slouched and nervous, next to him.

“Need I repeat myself?” Tor’s voice was a deep growl again. When neither man responded, he reiterated his earlier question. “What do you mean you cannot get there from here?”

The Boss snorted. “Ya stupid or sometin? I mean jus’ what I said.”

Tor glared at the two men again. He furrowed his brow and rubbed the back of his neck; then he paced back and forth. He looked up and down the road again, more carefully this time, but still nothing looked familiar. He scowled at the two men. He took off his hat, raked his hand through his hair, and plopped his hat back on his head. Finally, he spoke.

“Mayhap you are correct. I would allow I must be stupid, as I cannot grasp how I would be unable to get to one place from another, when I already came from that first place to the second. Nor do I understand the other thing you said – this is the stable where we met. Just the world around it changed.”

The Boss snickered. “Untie me, an’ maybe I’ll explain.”

Tor shook his head. “I think I would feel safer if at least one of you remained secured.”

The Boss managed a shrug despite his restraints. “Your choice. But I don’t give out information when I’m . . . secured.”

Tor furrowed his brow again and chewed on his lower lip. Finally, he nodded. “I will untie you then. But if either of you move to assault me again, both of you will deeply regret it.”

Tor addressed the stable hand. “You! Stand over there and do not move.” He pointed to a spot about ten feet away.

As the boy scrambled to do his bidding, Tor reached down and untied the Boss. As the Boss awkwardly struggled to his feet, Tor backed away to a safe distance.

The Boss rubbed his wrists and ankles. “Well, those bonds weren’t too tight. No harm done, I guess . . . lucky thing for you.” He sneered at Tor.

Tor merely raised an eyebrow at the other man.

Tor frowned. “I have nothing of value to you.”

The Boss studied Tor, looking him up and down. “Ya seem to be fit. Ya could always work for me in payment of the information.”

Tor sneered. “I doubt the value of the information would be worth lowering myself to work for the likes of you.”

The Boss placed his hands on his chest and assumed an injured look. When he spoke, sarcasm dripped from his voice like thick syrup. “The likes of me? I’m hurt! How can ya say that? Ya don’t even know me.”

Tor scoffed. “I know you do not care for the horses in your charge, else you would have instructed your blacksmith not to lame the horse by trimming its hoof so short. I know your stable hand attacked me, presumably at your behest. And I know you are extremely rude. I do not believe I need know any more.”

The Boss laughed. “Ya might have sometin’ there. But if ya gots nuttin ta trade, I gots no information for ya.”

Tor studied the man for many long minutes. Finally, a smile tugged at the corners of Tor’s mouth, and he raised an eyebrow at the other man. “I believe I have already paid for the information. I contend I have already performed a service for you by freeing you from your bonds.”

The Boss scoffed. “Bonds ya wrapped me up in yerself. Hardly counts.”

Tor frowned, then squared his shoulders and set his jaw. “Then I shall take my leave and find my own answers.”

He turned to leave and stopped dead. He gasped, rubbed his eyes, and looked again. He closed his eyes tight and waited several minutes before slowly opening them again. He gaped at what he saw. It has happened again! 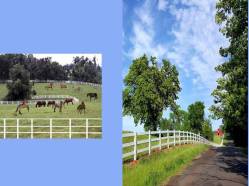 The sight he beheld confounded Tor. When he had first come to this place, a wide dirt road had run straight from the town to the stable yard, passing lush, white-fenced pastures full of magnificent horses.

When he had attempted to leave earlier this day, he had found the road was running past the stable yard, not into it. The horses had disappeared, and scrubby fields enclosed in rickety, brown post-and-rail fencing had replaced the lush pastures and pristine white fencing. This had led Tor to believe the stable hand and the Boss had taken him somewhere other than the place where they had first met, but the men insisted this was the same stable.

Now, the scene had changed again. No fields or fences of any sort were in sight, and instead of a road, Tor saw railroad tracks leading from the yard and meandering through a meager woodlot. 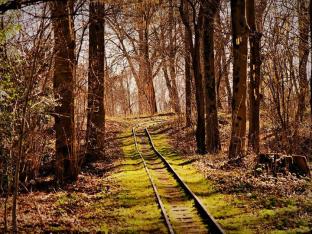 Railroad tracks? In a medieval world? Tor shook his head in disbelief and struck the side of his head with the palm of his hand, as if trying to knock loose some cobwebs.

Tor was so shocked by what he saw, he didn’t notice the other two men coming up behind him. He jumped when the Boss clapped him on the back, laughing.

“Now ya see what I mean? The stable where ya met us, it ain’t changed, see?” The Boss gestured at the barn and the stable yard. “Only the world around it changed.” He pointed to the woods and the railroad tracks.

The stable hand muttered. “Don’t know, do we?”

The Boss rounded on the boy, backhanding him hard across his face. “He weren’t askin’ you.”

The boy rubbed his cheek and mumbled.

“Wadidya say?” The Boss glared at him.

Tor stepped between the two men. “So, you are unable to explain this phenomenon, yet you expected payment for information you cannot provide.” Tor raised his eyebrow at the Boss. 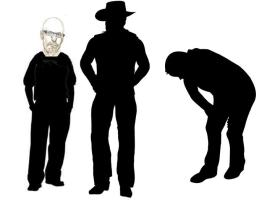 Tor snorted. “That is a matter open for debate.” He rubbed his chin. “So, do you know anything?”

The Boss shrugged. “I know the barn and this stable yard are the only things what don’t seem ta change.”

“But you do not know why they remain unchanged and the rest of this world apparently transforms.” Tor phrased it as a statement. 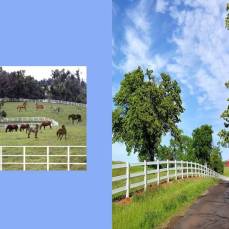 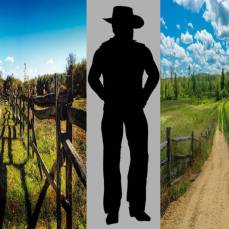 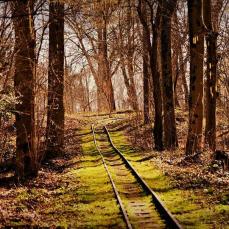 The stable hand nodded, then cringed when the Boss shot him a threatening look.

Tor cocked his head and eyed the other two figures. “Are the two of you native to this world, or have you traveled here from another world?”

The stable hand snorted. “Waddya mean, traveled from another world?”

Tor nodded, his expression showing he had expected that answer. Then he turned to the Boss. “And you?”

The man stuffed his hands in his pockets and stood there belligerently, saying nothing, so Tor turned back to the stable hand. “You. How long have you worked for this man?”

Tor nodded. “But you.” He studied the Boss. “You have not always been the Boss. Am I correct?”

The Boss sighed. “Well, I don’t suppose it would hurt any ta share it wichya. Maybe ya can even help figure it all out.”

What story will the Boss share with Tor? Will it help Tor figure out what is happening and how to get back to the real world? Be sure to come back next week. We’ll leave the porch light on for you. 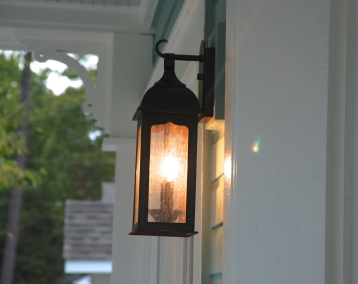