Dragon was exhausted. Sleep had eluded her most of the previous night, as she had tossed and turned, examining the mystery of the Foreman’s disappearance from every conceivable angle. https://margecutter.wordpress.com/2020/05/24/you-cant-get-there-from-here/

At breakfast, her head drooped, and she could barely keep her eyes open.

My Young Hero, sitting next to the huge beast, furrowed his brow and picked at his food. “Have you no further thoughts on how we might find the Foreman?”

Sorceress cleared her throat. “Mayhap I might be of service?”

Dragon did not respond; she merely regarded Sorceress through bloodshot eyes and waited for the magic user to explain.

Dragon’s head shot up and she immediately brightened. “Yes! Yes, it might be possible.”

My Gypsy whooped. “That is an excellent idea! Why did I not think of it?”

Sorceress raised an eyebrow. “Because you are but a child, and not nearly as wise as I?” The twinkle in her eyes belied her sarcastic tone of voice.

Several other characters snickered at my Gypsy, and my Young Hero elbowed his friend in the ribs. My Gypsy responded with an exaggerated waggle of his eyebrows. “But I thought I was born wise.”

Sorceress snorted, then turned serious. “Also, because your forte is Gypsy magic. Although I tutored you in the art of scrying, divination is not your strong suit. Therefore, your mind would not necessarily turn to thoughts of scrying when confronted with a situation like this.”

“Well, I am glad your mind turned in that direction. When do we start?” My Gypsy was already halfway out of his chair and several other characters were following suit.

I held up my hand in the fashion of a traffic cop. “Hold on! You can get started as soon as everyone has finished breakfast.”

There were a lot of muttered protests, and I glared at my characters. “You’re all going to need your strength, especially Sorceress. Scrying can wait a few minutes. Eat!”

“Eh, tha lass be right.” My Old Dwarf, already on his third helping of everything, reached for another apple. “We be needin’ ta be keepin’ up our strength!”

Sorceress reluctantly took another mouthful of cereal and quickly washed it down with some goat’s milk. She delicately dabbed at the corners of her mouth with her white linen napkin, then turned to me. “Will you and Master Miles be joining us?”

I nodded. “We will meet you in the conference room as soon as we have cleaned up the breakfast dishes. That should give you sufficient time to gather your materials.”

Less than an hour later, Miles and I walked into the conference room. Dragon had created a small amphitheater so we could all sit above and behind Sorceress and see into the scrying bowl.

Sorceress addressed us all as we were taking our seats. “You must remember to remain silent, no matter what you see. If I am distracted, I can easily lose the image.” She turned to my Old Dwarf. “Would you mind remaining outside the door, standing guard?”

“Nay, lass, I be havin’ no objection ta bein’ guard o tha door. It be me usual place.” He quickly took up his position in the hallway.

Checking that the rest of us were present and seated, Dragon closed the door and intoned an incantation. “This room is now warded against intrusions both physical and magical. Sorceress, you may proceed.”

Taking a deep breath, Sorceress unstoppered a flask, and poured the contents into the bowl. She began intoning the incantation that should allow us to see my Foreman, adding certain botanicals and other ingredients to the liquid as she chanted. Gradually, as Sorceress fell into the magic, we could see a change in the surface of the liquid.

First, the silvery liquid grew cloudy and began swirling lazily, counterclockwise. Beads of sweat formed on Sorceress’ forehead, and her breathing became labored as she worked to strengthen the spell.

Gradually, shadowy forms began to appear in the liquid. The vague outline of fences and horses appeared, with a wavering image that might have been my Foreman.

The lads squirmed on the edges of their seats, but a stern look from Dragon quieted them. My Gypsy did nudge my Young Hero and point to the images in the bowl. His thumbs up gesture seemed to indicate that he felt certain it was, indeed, my Foreman, and the other youngster nodded enthusiastically.

All of us watched with bated breath as the shadowy figure reached over the fence and patted a horse on the neck. Then we followed him as he walked along the lengthy expanse of fence and down a path toward a barn. The figure seemed the right height and build for my Foreman, and his bearing was similar. We looked toward Dragon for confirmation.

Dragon cocked her head and studied the image in the swirling liquid. She leaned over the bowl, doing her best not to distract Sorceress. The big beast examined the image carefully, taking note of every shadowy detail. Finally, she rose and shook her head. “It is not enough. The man in the image is, I believe, the Foreman; but his location is uncertain. He could be anywhere. Can you expand the image, so we can look for any of the landmarks of the illusory world we created for him?”

As the image disappeared into the depths of the bowl, Sorceress fell back, exhausted. She shook her head and panted for breath as she spoke. “No. That was the best I could manage. But because the image was so shadowy, I think we can presume it to have been the illusory world. If the Foreman were here, in this world, the image should have been much sharper.”

Dragon nodded. “That makes sense.” She paced back and forth, turning from her usual vivid red to a pale blue. Smoke bubbles dripped from her nose as she considered the problem. Finally, she transformed again, her scales a brilliant red once more. “I will just have to return to the illusory world and search for him again.”

“We will come with you!” My Gypsy and my Young Hero spoke in unison as they jumped from their seats. “When do we leave?”

“We do not. I will leave immediately.” Dragon punctuated her comment with a puff of black smoke.

They lads immediately started to object, but Sorceress held up her hand and silenced them. Turning to Dragon, she crossed her arms over her chest and spoke firmly. “No, we will go. If you remember, it was not you alone who created the illusory world for the Foreman. All of us proficient in the use of magic helped, and all of us who helped should accompany you in this search.”

Dragon frowned, but before she could argue, my Arrogant One stepped forward. He drew himself up, rocked back on his heels, grasped his cloak with both hands, and scowled. “I have little desire to go traipsing off into that illusory world in search of a man for whom I hold no regard. However, Sorceress is correct. All of us who assisted you in the creation of that world should go.”

The others gaped at the elf. My Gypsy almost choked. “You are offering to go? Why? What possible benefit can you derive from helping us?”

My Arrogant One turned beet red. “I seek no gain from this expedition. But unless all who assisted in the creation of this illusory world now join in the effort to examine it, the task may well fail.”

Dragon studied the elf through narrowed eyes, black smoke spewing from her snout. Finally, she nodded. “Very well. If even the Arrogant One is willing to go, I capitulate. All of the magic users will go.”

Dragon turned toward the door and, with a few words and gestures, dismissed the wards on the room.

My Bounty Hunter stepped in front of the beast as she opened the door. “I will accompany the group, also. I have no magic, but my skills may be of use, nevertheless. I am most proficient at tracking.”

Still standing guard at the doorway, my Old Dwarf slapped the flat of his axe on the palm of his open hand. “Iffin I be hearin’ right, ye be mountin’ a search party. Do na be thinkin’ fer one minute thet ye be leavin’ me an’ me axe behind.”

My Young Hero protested. “I will not be the only one left behind! The Foreman is no less my friend than he is any of yours. There must be something I can do to help.” 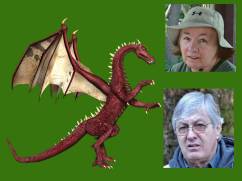 Dragon shook her head, but the youth stood there defiantly, hands balled into fists, jaw jutted, eyes flashing. Finally, the beast sighed. “Very well, you may go with us.” Quickly rounding on Miles and me, she growled. “But you two do not even think of offering to come.”

I scoffed. “I know we would be of no use to you in the illusory world. Miles and I will wait here for your return.”

Dragon lowered her voice. “It is not that you would be of no use, Mistress, although – truth be told – you would not. But I worry more of the danger to you and Master Miles should you venture into that world before we find the cause of your Foreman’s disappearance.”

I smiled warmly, and patted Dragon’s forearm. “I understand, my friend, and I am grateful for your concern. Just be careful yourself. The danger exists for you and the others as well.” 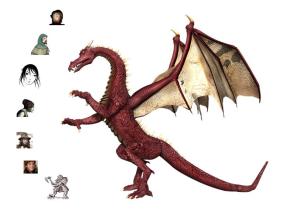 Dragon nodded. She turned quickly and gathered the others around her. “Go prepare. Magic users, gather whatever components you think you will need for spells of protection and spells of seeking. Cleric, bring as many of your healing herbs as you can carry. The rest of you, arm yourselves heavily, but discreetly. We may need to defend ourselves, but we do not want a show of arms initiating a fight that we could avoid.”

“An do na be forgittin’ ta be bringin’ vittles. We do na be knowin’ how long we be lookin’ afore we be comin’ back. Lookin’ be mighty hungry business.” My Old Dwarf rubbed his belly and nodded somberly.

“We will leave within the hour.” Dragon herded everyone out of the room to make their preparations.

Miles put his arm around my shoulder and squeezed tight. “Don’t worry, honey. They know what they’re doing. They’ll return, safe and sound, and they’ll bring your Foreman with them.”

I sighed. “I would like to think so. But if they really knew what they were doing, would my Foreman be missing in the first place?”

Will my other characters find and retrieve my Foreman? Or will they all be lost forever in the illusory world they created for him? And how does one get lost in an illusion, anyway? Be sure to come back next week and see what happens. I’ll leave the porch light on for you. 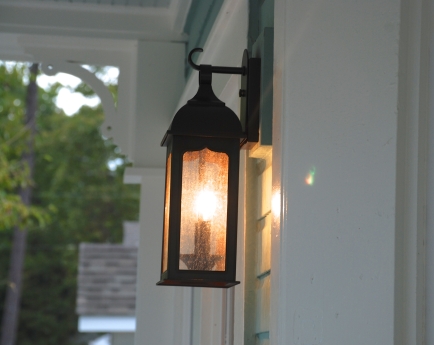