We were all gathered in the conference room – me, my husband, and my little band of displaced characters – discussing recent events. My Old Dwarf wore a puzzled expression, and a coating of food particles from the mouthful of sandwich around which he was trying to talk. 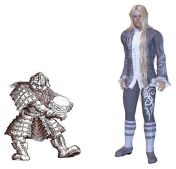 “It means, you slovenly ignoramus, that this Crawford person did not believe the child, Marisol, was the one behind the appearances of the eyes.” My Arrogant One wrinkled his nose at the dwarf, who continued to chomp on his sandwich and scatter bits of food over his beard and armor as he spoke.

“We do not yet know, do we?” My Arrogant One rolled his eyes. “If you had been listening instead of chomping, maybe you would have heard Dragon say as much.”

Ignoring the elf’s jibe, the dwarf kept chomping on the sandwich and talking. “Well then, iffins we do na be knowin’ who do be behind tha eyes, how do we be knowin’s it do na be tha youngun?”

“Because I just told you she is not.” Dragon snorted dark smoke at her diminutive companion. “I questioned Marisol, and during the questioning I also probed her mind with my magic. The child is not behind the events. She was not even aware of them before I questioned her.”

“This is extremely disturbing.” My Foreman rubbed the back of his neck. “Did not you magic users weave a spell of protection over this property after someone interfered with one of the elf’s illusions? I thought your spell was supposed to prevent such incidents.”

My Young Hero frowned and stroked his chin. “And how does that work?”

Dragon snorted another puff of smoke. “Well, the spell is supposed to prevent any magic user, save we five, from casting any spells on this property, or from adding their magic to any spells we cast elsewhere.” She frowned. “Before we cast the spell, we made certain we were alone, that no other magic user or alien presence was on the property. We also ensured that no spell had been cast by any magician that would compromise, change, or block our efforts in casting a spell of protection. Once we made those determinations, I warded the room where we worked against entry and against eavesdropping, both mechanical and magical.”

My Bounty Hunter lounged against the wall, examining his fingernails. “Tsk, tsk. All your efforts do not appear to have been very effective, do they?”

“What do you know of this?” I rounded on my Bounty Hunter.

“Me? Why nothing. Nothing except what you and Dragon have shared with us.” His eyes were wide and guileless, his voice petulant.

“I think it would be better to ask your Arrogant One what he knows.” Miles frowned. “If the spell of protection prevents outside magic, then it must have been someone here.”

“Pfft.” My Bounty Hunter scoffed. “The elf was with us, on our illusory trip, when these incidents allegedly occurred.”

“Yes, I was!” My Arrogant One drew himself up, rocked back on his heels, grasped his cloak with both hands, and sneered. “And I resent being accused! There are four other magic users among us. Why not ask them if they are behind these appearances of eyes?”

“Because you are the only one who consistently causes trouble?” Sorceress scoffed.

I nodded. “She’s right. You are the resident troublemaker.” I held up a hand to prevent the elf’s outburst. “But you are right, too. Perhaps everyone needs to account for their whereabouts during these incidents.”

“Exactly when did they occur?” Cleric blushed and ducked her head. “I know you told us, but could you go over it again, so we can all get it straight in our minds?”

“Let me think.” I furrowed my brow. “The first incident, the feeling that someone was watching me, and the appearance of eyes in the bedroom, was the first week of January, just the day after you left on your illusory trip.” https://margecutter.wordpress.com/2020/01/05/7507/

I raked my hand through my hair. “It was the following week when I saw eyes staring at me from my computer monitor.” https://margecutter.wordpress.com/2020/01/12/the-eyes-of-the-something-are-upon-me/

I started pacing as I tried to remember the events. “It had to be another week before Miles and I both saw the eyes on the French doors.” https://margecutter.wordpress.com/2020/01/19/eyell-be-seeing-you/

I frowned. “And the last incident, which occurred in the back room of the Chris-Tal Clear Metaphysical Store, was just a week after that. Crawford and Griff were there, and they saw those eyes. So did Christine and Talia.” 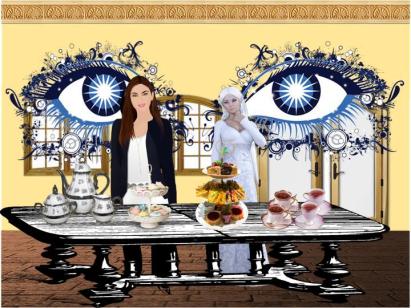 “Could any of them be behind these incidents?” My Arrogant One seemed eager to shift the blame to someone else.

“I don’t think it could be Christine or Talia, not only because the last incident occurred in their store, but because they looked genuinely surprised and shook up. And as for the other two, I do not believe Crawford has any magic ability, and Griff would have no reason.” I looked at my characters. “So, that brings us back to all of you. Can everyone account for their whereabouts at those times?”

My Gypsy shrugged. “We were all together, from the time we left on our illusory trip to the time we returned.”

Cleric cleared her throat and fidgeted with her cord belt. “Not all of us.” She pointed at my Bounty Hunter and gave him an apologetic look. “There were a number of times during the trip when he went missing. I do not think, however, those times coincide with the incidents in question.”

I confronted my Bounty Hunter. “Well? Would you care to offer an explanation?”

“I do not believe I need . . . what do you call it? An alibi?” He shrugged and studied his fingernails some more. When I did not reply, he looked up and smirked. “In case the obvious escapes you, I have no magic ability. I could not be behind the appearance of the eyes.”

“But with some help?” I gestured toward my Arrogant One.

“I did not do this!” The elf turned scarlet. “I am tired of everyone accusing me of every calamity, every disaster, every debacle, every mischief, every mishap that occurs!”

“Wale, elfie, it usually be ye wat been doin’ it!” My Old Dwarf chuckled.

“Do not call me elfie!” My Arrogant One shrieked in his glass-shattering tone.

“All right, all right. We’re not accomplishing anything this way.” I raked my hand through my hair again and scowled. “Okay, if it was not Marisol, Christine, Talia, Crawford, Griff, or any of you, then who was it, and how did they get past the spell of protection? How did they cast a spell in this house?” 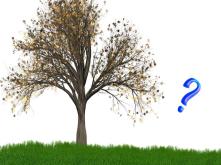 Dragon half-closed her eyes and smoke drifted from her nostrils. “Crawford said we were barking up the wrong tree.” She furrowed her brow as if in deep concentration. “That phrase . . . barking up the wrong tree . . . it tickles some memory roaming through my congested and labyrinthine mind. If I could just coax it out, perchance we could identify the culprit.”

Do any of you readers know who might be behind the spying eyes? If so, we would really appreciate your help in solving this mystery! Be sure to leave us your thoughts, observations, and comments, and come back again next week. Maybe we will be confronting the culprit! In any case, we’ll leave the porch light on for you. 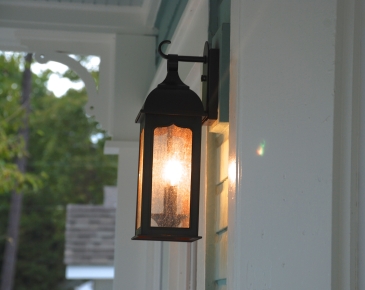