What Is the Problem?

My characters and I stood, gaping, as the woman and child walked down the side yard and turned toward their home. They had arrived in the back yard, having followed my Old Dwarf after they saw him, in full armor and brandishing an axe, chasing a rabbit down the street past their house. Once in the yard with us, the child – and possibly her mother – had seen Dragon in her true form, and all the things Dragon’s spell of concealment was supposed to hide from prying eyes.
https://margecutter.wordpress.com/2019/07/07/hello-neighbor/ https://margecutter.wordpress.com/2019/07/14/just-who-are-these-neighbors-and-what-do-they-see/

After they departed, we all stood for a stunned few seconds. Then panic set in.

It was pandemonium. Everyone was talking at the same time, voices rising, angry accusations being flung back and forth. It took me three tries to get my character’s attention.

“Quiet, everyone! Just settle down. We aren’t getting anywhere this way. Quiet!” I raised my voice to be heard over the racket.

Everyone fell silent, except for my Arrogant One, who ignored me. He pointed to my Old Dwarf. “If that witless lout had not gone gallivanting through the neighborhood chasing that rabbit, we would not be in this predicament.” The elf drew himself up, rocked back on his heels, grasped his cloak with both hands, and sneered at the dwarf.

“Let’s not be making any accusations.” I frowned.

“Eh, wot tha elfie be sayin’ be true ’nuff, lass.” The old reprobate hung his head and sighed. “If I only been stayin’ on yer property, liken’ ye al’ays be tellin’ me ta be doin’, mebbe yer neighbors wouldna been seein’ me. An’ then they wouldna been followin’ me an’ been seein’ everythin’ here.”

Dragon shook her scaly head, and black smoke drifted from her nostrils. “Dwarf, you should not have been chasing the rabbit through the neighborhood, that is true. But even if you had remained here, if my spell of concealment has failed anyone can see us now even if they do not come onto the property. Our current predicament is, I fear, my doing, not yours.”

My Arrogant One gave Dragon a smug look. “Yes, well if you require assistance maintaining a spell of concealment, I am at your service.”

Dragon snorted. “You? You could not conceal a hummingbird! How do you propose to assist in the concealment of a barn, a paddock, a pasture, three horses, and a host of medieval characters?”

My Arrogant One’s cheeks flamed scarlet, but before he could reply, my Bounty Hunter stepped between the elf and Dragon. “Rather than lay blame, shouldn’t you be negating the spells of illusion that created all this? That way, in the possible absence of a spell of concealment, there will be nothing untoward for anyone to see.”

“But that may not be necessary.” Cleric furrowed her brow and chewed her lower lip as she walked toward Dragon. “Maybe your spell of concealment has not failed, Dragon. Did not the child, Marisol, claim she and her mother were witches? Perhaps this is why they could see everything here.”

Sorceress nodded. “In our world, many who use herbs and botanicals practice some form of magic.” She turned to face me. “Is it possible the woman and child are witches?”

Dragon snorted again, black smoke shooting from her nostrils. “Do you think I would not have recognized someone with magical ability?”

“Witches? Magic? In this world?” My Gypsy raised an eyebrow. “You keep telling us that there is no magic in your world, only technology.” 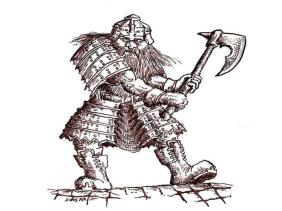 “An’ iffin ye be rememberin’, I be already provin’ thet all thet jest be a lot o twaddle! Tha thingamabobs wot be called teck-noll-o-gee here be jest liken tha items in our world wot be havin’ magic in ’em, so’s thet anybody kin be usin’ ’em, iffin they be havin’ magical ability or no.” https://margecutter.wordpress.com/2019/03/24/magic-or-technology/

“And, if you will remember, Mistress Writer never said there was no magic in her world, only that the things that seemed magical to us – computers, cameras, cars, sewing machines, cash registers – were not magical.” My Young Hero rubbed his jaw. “I think that is different than saying there is no magic. There still could be witches in this world, could there not?”

I furrowed my brow. “Well . . . there are those in this world who claim to have magic power. Some call themselves witches, others have different names.” 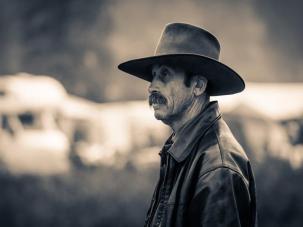 My Foreman cleared his throat. “Then, rather than dispel the illusory magic, perhaps it would be better to find out if the small child and her mother really do possess magical ability. If they do, and that is why they can see the horses and everything that the spell of concealment is designed to hide, then that would prove Dragon’s spell did not fail.”

I tilted my head, considering. “I’m not sure how we would go about proving they’re witches. Perhaps it would be easier to find out if anyone else in the neighborhood can see what should be hidden from them.”

“But if we wait, and find out my spell of concealment has failed, how do we deal with others seeing everything?” Dragon was turning blue again, as she did when she was confused or nervous. Smoke bubbles dripped from her nose.

“We can deal with that problem if and when the need arises.” Sorceress frowned. “I agree we need to see who, beside Marisol and Bastina, can see what should be hidden.”

Cleric turned to me, a moue tugging at her lips. “Perhaps it is time to invite your good friends, Mace and Gloria, back for a bit of bird-watching? https://margecutter.wordpress.com/2017/06/11/fun-and-mayhem-with-the-neighbors/

I paled at the thought but realized Cleric might have the best idea. And the sooner we managed to get them into our back yard, the sooner we would know if we were dealing with a failed spell, or witches in the neighborhood. I picked up my cell phone to call my least-favorite neighborhood nosy-bodies.

Will Mace and Gloria accept an invitation to engage in some backyard birdwatching with us? If they come, will birds be the only things they see? If Dragon’s spell is still concealing the illusions on our property, how did Marisol and Bastina see everything? Do we have witches in the neighborhood? Be sure to come back next week and see what happens. We’ll leave the porch light on for you. 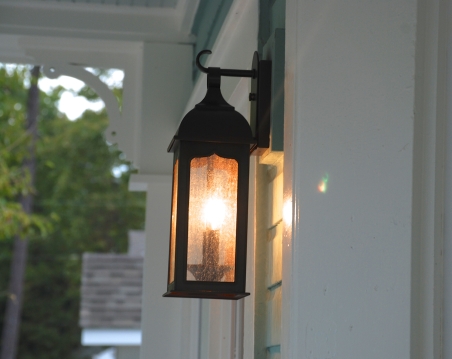 2 thoughts on “What Is the Problem?”