I put down the phone and wiped away a tear. I left my office and headed upstairs. As I approached the landing by the front door, I was almost bowled over by my Old Dwarf, who was barreling down the stairs. “Ah, there ye be, lass! Yer mister be wantin’ ta knowed iffin ye be ready fer some lunch.”

I nodded, half-heartedly. “I suppose so.”

My Old Dwarf furrowed his brow and gave me a sharp look. “Summat be bodderin’ ye, lass? Ye still be feelin’ sick?

I shook my head. “No, I’m pretty sure I’m well over my bout of pneumonia now. I’ve finished with both of my prescriptions, most of my congestion has cleared, and I’m breathing a lot better.”

“But summat be wrong.” It was a statement rather than a question.

I nodded. “I have some news to share. Will everyone be at lunch?”

The rotund figure stroked his beard, and scrunched up his face in concentration. “Wale, I be thinkin’ tha Annoyin’ One an’ ’is cohort mighten be eatin’ alone, out in their sank-tee-ary in tha shed, but e’eryone elsens oughtten be at tha table, an’ be waitin’ on ussins right now.”

I nodded and trudged up the remaining steps in silence, the dwarf trailing behind.

My Old Dwarf took his seat at the table, and loudly hushed everyone. I stood behind my chair and looked around the table.

“What is it, Mistress?” Cleric gave me an appraising look. “You seem distressed.” 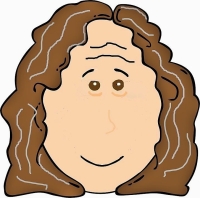 I nodded. “I just got off the phone with Anna.”

I nodded again. “She called about Colton’s pony, Peaches, who we initially knew as Mystery.” I swallowed hard. “Anna wanted to let us know Peaches passed away at the end of February.” 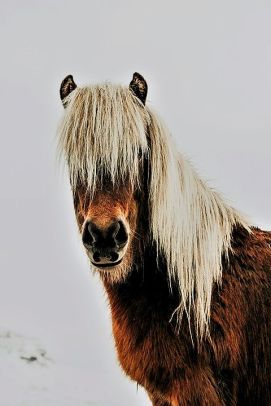 Everyone looked shocked. There was a chorus of comments from around the table. “Oh, no!” “Not Mystery!” “Not Peaches!” How did it happen?” “Colton must be devastated.”

I sighed. “Anna said that the vet performed a necropsy, and it appears the pony died of natural causes. Peaches was very old and had not been doing well this winter. Anna said she had the vet out numerous times for the pony, for ailments ranging from colic to a serious respiratory infection that resulted in heaves.”

My Foreman looked shocked. “The animal looked vigorous and robust the last time we saw her.”

I agreed. “But that was seven months ago, before the hard winter took its toll on her health.”

My Young Hero slumped in his chair and swiped at a tear that leaked from the corner of his eye. His voice was raspy. “What is Colton going to do without that pony?” 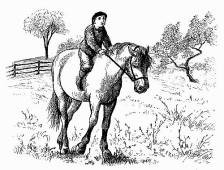 I shook my head. “I don’t know. The pony was Colton’s eyes. Being blind from birth, Colton felt very isolated, even though he participated in some school activities. Anna confided in me that the other kids didn’t go out of their way to include Colton in their plans. With Peaches, the boy felt like he had some independence, and felt the equal of his peers. He was able to go on trail rides with the other kids. He was even talking about joining 4-H.”

“I recall our trail ride with Colton and his mom. It was hard to remember he was blind, watching how confidently he rode Peaches.” My Young Hero’s words caught in his throat, and he wiped away another tear.

My Gypsy nodded. “I wish we had taken the opportunity to ride with him again. I really like Colton, and enjoyed our friendly competition identifying birds by ear.” https://margecutter.wordpress.com/2018/09/02/an-old-mystery-revisited/

“Well, maybe Colton will be able to get a new pony eventually. Anna said she tried to talk to him about it, but it’s too soon. He doesn’t want to think about another pony.”

“Even if he decides at some point in the future he wants another pony, it will be hard to replace Peaches.” Cleric dabbed at her eyes, wet with unshed tears. “She was such a remarkable animal!”

I nodded. “She was, but there are other horses trained to work with handicapped riders. Anna’s going to call the facility that trained Peaches and see if they have any other ponies available.” 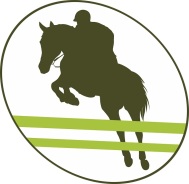 Miles furrowed his brow. “I don’t know a lot about horses, but I do remember seeing a program on television about a blind rider. He competed in stadium jumping. The thing that sticks out in my mind is the way the rider had to use vocal cues from other people stationed around the arena in order to know in which direction to ride, and when to prepare for a jump.”

I nodded. “I remember seeing that program, too.”

“But you said Colton used to ride Peaches out on the trail, sometimes even going out alone.” 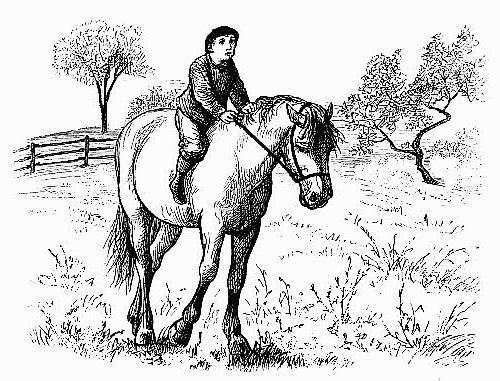 Miles rubbed the back of his neck. “Well, Peaches must have been trained more like a seeing-eye dog. She must have been aware of all the various dangers and situations they could encounter on the trail and know how to keep her rider safe. Otherwise, Colton could have been knocked off the pony by overhanging branches, or he could have fallen if the pony did something unexpected, like jump a small obstacle on the trail.”

Cleric dabbed at her eyes again. “I told you that pony was a very remarkable animal! She will be all but impossible to replace.” 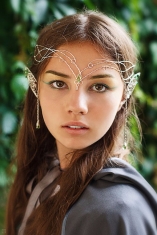 “Mebbe the beastie here kin be illusionin’ a pony fer tha lad.” My Old Dwarf pointed at Dragon. “She been creatin’ illusory horsies fer yer Foreman and tha two lads, and she been makin’ some fer tha rest o ye who been on tha trail ride with ’em. She could be illusionin’ a horsie wot can be doin’ all tha thin’s tha other horsie useta been able ta be doin’ ta be keepin’ its rider safe-like. An’ wit’ a make-believe horsie, tha laddie would na e’er be havin’ ta be worryin’ aboot it be gittin’ sick or be diein’.”

I raked my hand through my hair and heaved a huge sigh. “That’s a very kind, compassionate idea, old friend, but I don’t think it wise to be creating illusions for outsiders, for people who do not understand whence you all came, and what powers some of you wield.”

“Well, we have to find some way to help Colton find a new pony!” Cleric squared her shoulders and set her jaw.

“And how do you propose to do that?” Sorceress lifted an eyebrow at her friend.

Cleric tossed her head defiantly. “I do not know. But we will. We must!”

How will Cleric and the others help Colton? Come back next week and see if they come up with any ideas. We’ll leave the porch light on for you.