The late afternoon sun was shining, the birds were singing, a cool breeze was wafting . . . and I wasn’t noticing any of it. Sitting in my backyard gazebo, I was lost in thought.

I looked up to see Cleric standing next to me, her brow furrowed, a look of concern clouding her blue eyes.

“Huh?” I hadn’t even noticed her walk into the gazebo.

Cleric bit her lower lip and fidgeted with her corded belt. When she responded, she spoke softly, as if embarrassed. “Mistress, I have been talking to you for the past several minutes. You did not appear to hear me. Is everything all right?”

Cleric took a seat opposite me at the glass-topped table. “I think mayhap you are being . . .” She paused and rubbed her chin. “Sarcastic?” She lifted an eyebrow at me.

“What gave you the first clue?” Before she could answer, I cut her off with the wave of my hand. “You know, I’d just like to be alone right now, if you don’t mind.”

Looking like a puppy that had just been kicked by its favorite human, Cleric rose and left without another word. I felt worse than I had before, if that were possible.

Before I had time to thoroughly berate myself for my despicable behavior and return to my previous musings, Cleric returned – with reinforcements. She placed a pitcher of iced tea and four glasses on the table, then resumed her seat opposite me. Sorceress took the seat on my right. Dragon, in her customary form of an elf maiden, sat to my left.

Cleric poured tea for everyone and passed the glasses around. I grunted my thanks, then gulped down half the glassful in one swallow.

Dragon raised an eyebrow. “Mayhap you are in need of something stronger? I could ask the dwarf for some of his brew.”

I shook my head and frowned.

As if conjured by the mention of his name, my Old Dwarf walked down the steps from the house and joined us. He took a chair, turned it around, set it back away from the table between me and Sorceress, and straddled it. “Ye be servin’ real dwarven brew, lass?” He looked eagerly at Dragon, who scowled and shook her head. The old reprobate snorted, then took out his flask and slurped a mouthful of the liquid. He wiped his mouth with the back of his hand and sighed contentedly. “Ye do na be knowin’ wot ye be missin’.”

Sorceress gave my Old Dwarf a scathing look, which he ignored as he turned toward me. “So’s, what be tha problem?”

I shrugged. “No problem. I just want to be alone.”

When I didn’t reply, Dragon asked, “Does it have something to do with the old friend you visited this morning?”

“What old friend?” Sorceress tilted her head and wrinkled her brow.

I ignored Dragon’s question and answered Sorceress. “Ruth. I knew her many years ago. She kept her horse at my boarding stable in New Jersey. She was friends with me and my husband for a long time. We rode our horses together, and we attended auctions together, went to horse shows, watched movies, assembled jigsaw puzzles, did so many things together, even just hanging out together. She was always around. She was our third musketeer, one of our closest friends. Then her job transferred her halfway across the country. We kept in touch at first, with weekly telephone calls and long letters. In time, our contact consisted of annual Christmas cards and a phone call on each other’s birthday. Eventually, even that stopped. I never even contacted her when I moved to Minnesota, an hour away from the last address I had for her.”

“How did you happen to go visit her today?” Cleric asked.

“I got a call from her niece. She asked me to go visit Ruth.”

“And this visit upset you?” Dragon frowned. “Cleric mentioned you had seemed out of sorts since returning from your sojourn.”

I nodded and drank some more tea. I remained silent for a long time. In my mind, I was traveling back through the years. 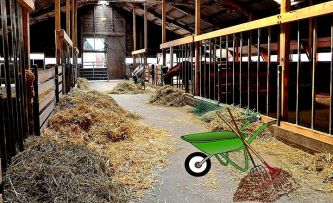 I was cleaning stalls. I heard someone calling from the entrance to the barn. “Hello? Anyone here?”

I propped the pitchfork and rake against the wheelbarrow and walked down the aisle. “In here.”

The speaker walked in. She was about two inches taller than my four-foot-ten-and-a-half-inches and she was stick thin. Her bottle-blonde hair was chin-length, and her brown eyes sparkled. “Marge?”

We shook hands and I gave her the tour, detailing the stabling arrangements, the feed and hay we used, and the available riding areas, including an outdoor arena and nearby trails. We discussed security for the horses and tack, liability of the stable versus the horse owners, both while on the property and when riding the trails. I gave Ruth the written rules, which included such mandates as no drug or alcohol use and no borrowing of horses or equipment without the written permission of the owner. I detailed the stable owner’s rights should a boarder become delinquent in their payments. She signed the contract and informed me she would trailer her horse to the stable the next day.

“Meanwhile, it looks like you were cleaning stalls when I interrupted you. Let me give you a hand finishing up.”

I gave Ruth a cynical look. “No discount for helping with the stable chores.”

“I never expected there would be.”

She dove right in and we were finished in no time. Then she went with me to pick up a load of hay and feed. The vet arrived to do routine de-worming and inoculations just as we finished storing the feed and stacking the hay, and Ruth stayed to assist with that, too. And that was the start of our friendship.

I looked up. Four sets of eyes focused on me, four friends waited for answers. I pulled myself back into the present.

“Why?” Sorceress tilted her head.

I frowned and sighed heavily. “Because time has robbed her.”

I could see from the quizzical looks my characters gave me they did not understand. I sighed again.

“I first met Ruth when I was in my early twenties, and she was a good two and a half decades my senior. She had more energy than the average kid on a sugar high. She routinely worked 60-hour weeks at a stressful job in the field of high finance but seemed to have unlimited energy whenever she came to the stable to ride her horse and help with stable chores. As small as she was – just a bit taller than me – Ruth was strong. She used to toss around 75-pound bales of hay and hundred-pound bags of feed as if they were feather-light. She hauled heavy water buckets and helped with the hard work of cleaning stalls. And she was always on the go, not just at the stable, either. She rode, she hiked, she skated, she skied, she bowled, she swam, and she played tennis, handball, and softball.”

Dragon lifted her eyebrow. “Ruth sounds like quite the . . . what is the word you use? Dynamite? Dynamo?”

“Dynamo.” I nodded. “She was. And she was sharp as a tack, too. Her career in finance took a lot of intelligence. She was a great puzzle-solver, too – jigsaw puzzles, number puzzles, word puzzles, logic problems – and she read every mystery novel she could get her hands on, solving most of them long before the end of the book.” I chuckled. “It was like a challenge to her. I remember once she solved a whodunit before the end of the fourth chapter.”

I paused, swiping at a tear that threatened to leak from the corner of my eye.

“You said time robbed her, Mistress. What did you mean? How can time rob a person?”

I took a long swallow of my tea as I tried to find an answer to the question Sorceress posed.

“Ruth didn’t stay strong and healthy. Her niece told me that over the years, Ruth has been able to do less and less. Today, Ruth hobbles around with the aid of a walker. She can’t go more than a few yards without having to stop and rest. She’s got heart and lung problems, a bad back, and a bad hip. And it’s not just her body that is failing. Today, I took her a bunch of puzzles and books, and she didn’t even want to look at them. Her memory’s shot – during the three hours I visited with her at the nursing home, she lost track of who I was a half dozen times. She had a hard time remembering any of the things she used to do, and when she did remember, she cried because she could no longer do any of it.”

Dragon nodded. “I can understand your difficulty upon seeing your old friend this way.”

I swiped at another tear. “I know it’s been more than 35 years since I saw Ruth, but I wasn’t expecting this drastic a change in her. She . . . she’s just a shell of the person I used to know.” 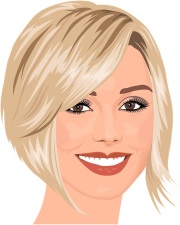 Cleric, Sorceress, and Dragon nodded and murmured in sympathy.

My Old Dwarf had been listening quietly, nipping from his flask. Now he took a big swig of his brew and slammed the container down on the table. “So’s ye be sittin’ here blubberfyin’.”

I gaped at my Old Dwarf, stunned. “Well, just what do you propose I do?”

I furrowed my brow. “I don’t understand.”

He snorted. “Lass, ye be a writer. Ye be needin’ ta be writin’. Fer ’er, yer friend. An’ for alla the udder Ruths in tha world.” He gave me a pointed look and took another long swallow of his brew.

For many long minutes, I stared at him. Then I nodded, rose, and went to my office to write. 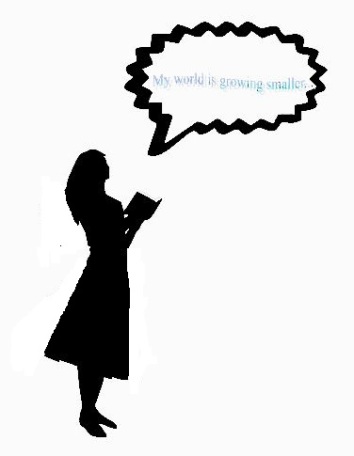 My world is growing smaller.

I can no longer walk as far,
Carry as much,
Work as hard,
See as clearly,
Hear as precisely,
Taste as acutely,
Smell as effectively,
Think as critically,
Remember as accurately,
Concentrate as completely,
Sleep as peacefully,
Breathe as deeply,
Laugh as freely,
Feel as intensely,
Enjoy as abundantly.

I am no longer as healthy,
As strong,
As energetic,
As graceful,
As courageous,
As hopeful,
As joyful,
As patient,
As content,
As willing,
As carefree,
As enthusiastic,
As creative,
As industrious.
I am no longer as much . . . me.

My friends are fewer,
Dropping away one by one,
Broken links in the ever-shortening chain
That tethers me
To my humanity,
To my sanity.

I will not fear death.
I will not fight death.
What can it take from me
That is not already gone?
What indignity can it impose on me
That I have not already endured? 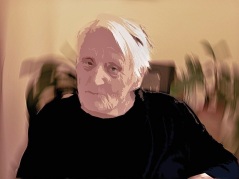 My world has grown smaller.

My world is gone.

We hope you’ll come back again next week. We’ll leave the porch light on for you.