How to Weather the Weather

“Eh, I would na be botherin’ the big beastie, iffin I be ye, lass.” My Old Dwarf took a big bite out of an apple, and nodded toward the conference room door. “She be in a frightful mood!”

“Well, thanks for the warning, but I really wasn’t planning on bothering Dragon, or anyone else for that matter. I just need to get some notes I left in there.” I paused, listening. “But her mood can’t be all that bad. It sounds like she’s listening to music.”

The old reprobate took another bite of his apple before responding. “Oh, aye, she be listenin’ ta yer magic-box, tha one ye be callin’ a radidio. But she do na be enjoyin’ the tunes it be playin’ this day.”

“Ye peoples be havin’ entirely too many sing-songs aboot the weather!”

I chuckled, then opened the door to the conference room. I was almost driven back by the surge of heat that met me. The room felt like the inside of a Dwarven forge, as my rotund, apple-munching friend would put it.

I looked across the room and saw Dragon lying rather morosely in front of her illusory fireplace. The radio was on, playing mostly holiday tunes. I crossed the room and pulled up a chair. 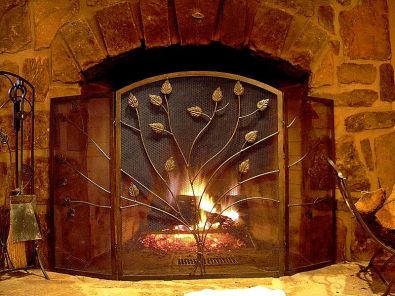 Dragon greeted me. “Go away.”

I raised an eyebrow at the big beast. “Is something bothering you?”

Both of my eyebrows shot up at that statement. “How can you possibly be cold? The temperature in this room must be close to 90 degrees Fahrenheit!”

“I like it warm.” She looked at me scornfully. “I am a desert dweller.”

“I remember. The first time you met my Young Hero, my Gypsy, and Cleric, it was in your desert.”

Dragon nodded, and smiled at the memory. “I think the Gypsy was a bit frightened of me.”

I laughed. “That’s an understatement! I think Cleric and my Young Hero were a bit frightened of you. My Gypsy was terrified!”

Dragon giggled. “Yes, he was.”

“And you enjoyed keeping him terrified. How many times did you threaten to put him on your dinner menu?”

“About the same number of times I have threatened to char Master Miles’ shoes with his feet still in them.” Dragon grinned impishly.

“You are incorrigible.” I laughed again.

“No, I am cold.” Dragon started pouting again, a small plume of dark smoke drifting from her nostrils.

I furrowed my brow. “It used to get cold in your desert.”

“Only at night. With the rising of the sun each day, the warmth returned. Here, in this land of yours, the cold lasts for many cycles of your moon! It settles in my bones and makes me feel as if I will never be warm again!” The big beast sighed. “Yesterday was almost endurable! Then, without warning, the temperature turned as frigid as your cold box, where you store food.” 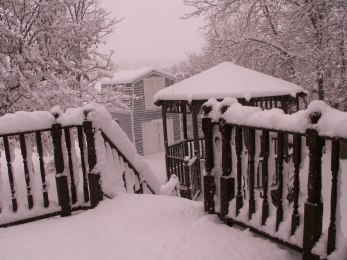 I nodded. “Yesterday was nice. Here in the Twin Cities area, it reached 57 degrees Fahrenheit, breaking a record that stood for 76 years for the warmest temperature on that date. Much nicer than the 25 degrees and snow we have now. But the drop in temperature was hardly without warning. The weather forecasters had been predicting it all week.”

“I no longer listen to your climate diviners.” Dragon sniffed disdainfully. “I have never seen such inept magic users.”

I chuckled. “They are not diviners, and they are not magic users. They are scientists.”

Dragon looked at me scornfully. “Magic user, scientist . . . what is that expression you have in this world? Po-tay-toe, po-tah-toe, to-may-toe, to-mah-toe?”

“Well, that is an argument for another day. I have work to do. Enjoy the music.”

Before I could grab the notes I had come for and leave, Dragon sat up and asked me, “Why are there so many songs in this world that celebrate the weather? Especially bad weather?”

I put the notes back on the table and took my seat again. “What do you mean?”

“In the years I have lived in your world, and been subjected to your music, I have heard countless songs about stormy weather, rain, snow, hurricanes, wind, lightning, dust storms, tornadoes . . . almost every form of undesirable weather. I have heard precious few songs celebrating sunshine and heat.”

I giggled. “I daresay there are as many songs about good weather as there are about bad.”

“Not in my experience.” Dragon snorted.

“I know you had music in your world. What did you sing about?”

She sighed. “No one sang about the weather. Here, every other song seems to be about the weather! It is so annoying! Just listen – this is at least the tenth time in just two days I have heard this horrible song about frightful weather and snow!”

I smiled as Dean Martin’s voice drifted from the radio, inviting the snow to continue while he enjoyed someone’s company in front of the fire. “Well, it certainly fits today’s weather, doesn’t it?”

“Do not rub it in. I hate this weather. What good is snow? It is cold, it is wet, it is uncomfortable, and it does not even taste good!” Dragon shivered and placed another illusory log into her fireplace. “I believe this year I will simply hibernate through this glacial season.”

“And miss the holidays? Last year, you really enjoyed baking cookies with Cleric and me, and trimming the tree, and listening to the holiday music.”

“I am afraid, my friend, that is a fact that can’t be changed. It’s winter, we live in Minnesota, and it’s cold.”

Dragon grinned that impish grin of hers again. “I wager I could change it.”

“Don’t even think about it!” I looked at her sternly.

“You are a killjoy!” Dragon frowned and tried another tack. “There is nothing to do in this weather!”

I snorted. “There is plenty to do! The lads have been enjoying having snowball fights and building snowmen, and learning from my Old Dwarf and my Foreman how to track animals in the snow. Cleric and Sorceress have also joined them for snow-shoeing and sledding and ice skating on the pond.”

Dragon scowled. “I notice that you do not participate in any of these activities.”

Dragon gave me a superior look. “Just think, then, how pleasant it would be if I changed the weather! If the weather were warm and sunny, your Foreman and the lads could ride their horses again. Everyone could go on picnics and help you capture images of the birds and creatures you encounter. Cleric and Sorceress could gather botanicals and other components for their spells. Master Miles could work on his vehicle. I would not feel as if I were permanently frozen. Everyone would benefit!”

I shook my head emphatically. “We would benefit until the world’s scientists tracked down the cause of the unusual weather! Then, your existence here, and that of your fellow characters, would be threatened.” I raked my hand through my hair. “How, exactly, would Miles and I explain the presence of a Dragon, some magic users, and other fictional medieval characters in this world?”

I gave her a stern look. “You will not try to change the weather?”

“I will not.” Dragon curled up in front of the fireplace again and stared at the flames.

As I left the room, I had a sinking feeling in the pit of my stomach that this was not the last I would hear of Dragon’s desire to instigate some climate change.

A few hours later, my Arrogant One barged into my office unannounced and uninvited. He addressed me in his typical imperious tone that endeared him to absolutely no one. “Why was I not informed that everyone is going on a picnic?”

“Well, if you do not know, then I surmise I was not the only one not to receive an invitation.” The annoying elf sneered and marched out of the room. I shook my head and went back to work.

About an hour later, Miles walked into the room. “Honey? Why are your Old Dwarf, your Foreman and the lads emptying our refrigerator?”

“What?” I tilted my head and looked at my husband as if he were speaking gibberish.

“Well, they told me it was for the picnic, but I really can’t see them having a picnic in this weather. So do you know what they’re actually up to?”

Again, I glanced out of the window to assure myself that Dragon had not conjured an early summer. “No, I don’t know what they’re up to, but I guess we should find out.

As we walked out of my office, we saw my Old Dwarf and the others scurrying into the conference room, laden with food and beverages. Miles gave me that annoying See? What did I tell you? look as the door swung closed behind my Foreman.

We arrived at the door seconds later, opened it, and stepped . . . outside?

Miles and I gaped at the scene before us. I felt like I was in a popular sci-fi show, enjoying a program on the holodeck. The scene encompassed what appeared to be at least 50 acres. Dragon was basking in the warm sunlight, in the middle of a meadow bursting with wildflowers. Birdsong filled the air, and wildlife passed right by us, unafraid.

My Foreman and the lads were walking their horses toward a bridle path through a large tract of hardwood forest.

Sorceress and Cleric were laying blankets under a Weeping Willow on the banks of a gurgling brook, and my Old Dwarf was arranging the food and beverages.

My Bounty Hunter and my Arrogant One were exploring what appeared to be the ruins of an old castle on the other side of the stream. 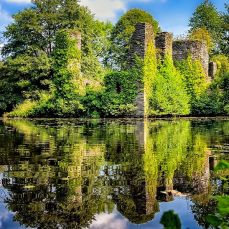 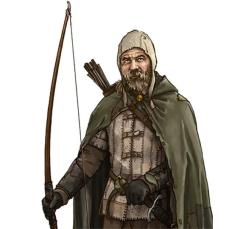 “Dragon!” My voice echoed off the distant cliffs.

“What?” The big beast lazily opened one eye.

Dragon grinned. “I promised only that I would not change the weather. I said nothing about changes to your meeting room.”

Gotta love a Dragon who knows how to get her own way! Be sure to come back and join us for further adventures. We’ll leave the porch light on for you.

2 thoughts on “How to Weather the Weather”