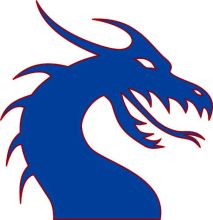 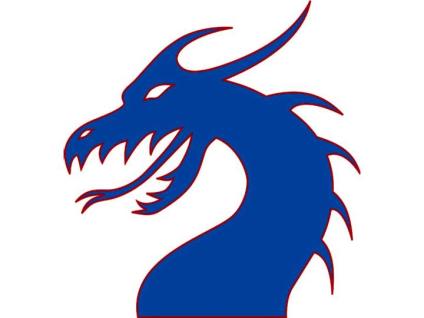 We all froze, rooted in place, gaping at the two Dragons. No one spoke. As relieved as I was to see Dragon, I was just as unsettled by the presence of the second beast. From the looks on the faces of everyone else in the room, they were just as unnerved by the appearance of a second Dragon as was I. As we all stood there watching, the larger of the two creatures began to shrink. In a moment, she was the same size as the other, and the two were indistinguishable from each other.

One of the two mirror-images growled, then spoke in a voice that brooked no argument. “I say again – if this conflict does not cease . . . immediately . . . the participants will answer to me.” Her eyes narrowed in anger, and her tail lashed violently.

The other Dragon placed a hand on the first one’s arm, silencing her. She stepped forward, looking around at the group assembled in the living room. She furrowed her brow and tilted her head. “What is this ridiculous clothing everyone is wearing?” 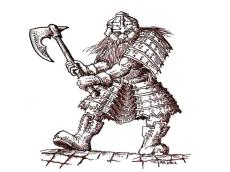 My Old Dwarf chuckled at the look on the big beast’s face. “Why ye be knowin’ good and well what it be, ye daft beastie! It be the clothin’ o the realm, modern togs. The lass an’ ’er lad took us all on an outin’, an’ they dinna be wantin’ us ta be standin’ out liken ogres at a tea party.” He paused and frowned, noting the confused look on the beast’s reptilian face. “But ye seed this afore, plenny o times! We be wearin’ it on e’ry outin’!” His brow wrinkled, and he glanced at the other Dragon. “Or mebbe . . . could it be ye dinna be seein’ it afore?” He tilted his head pensively, and stroked his beard.

The big beast who had asked about the clothing blinked and looked closer at the stocky figure. “Dwarf? Is that you, Dwarf?”

“Aye.” He turned back toward that Dragon. “Meself an’ no other. But jest who be ye thinkin’ I be?” The old reprobate gave that Dragon another quizzical look, then turned to study the other Dragon. He looked back and forth several times, from one to the other. Finally, he nodded. He had a pleased expression on his ruddy face, as if he had just figured out a difficult puzzle.

As my Old Dwarf was studying the two Dragons, the creature who had spoken to him was studying my Old Dwarf and the rest of the group assembled in the living room. There was a strange look on her face, and her eyes grew misty. “It . . . it is you! It is so good to see you again . . . all of you!” There was a definite catch in her voice as she looked around the room again. 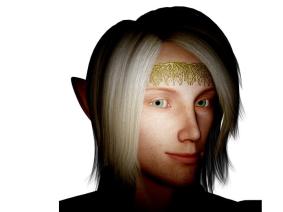 “What trickery is this, and to what end?” My Arrogant One found his tongue. He narrowed his eyes and folded his arms over his chest.

The misty-eyed Dragon turned her head to see who spoke. “Well, it is good to see most of you again.” She returned my Arrogant One’s narrow-eyed glare, and dark smoke began to plume from her nostrils as a growl rumbled deep in her throat.

The other Dragon stepped forward. “What do you mean, trickery?” She, too, glared at my Arrogant One, and she, too, growled and spewed forth a plume of smoke.

My Arrogant One drew himself up, rocked back on his heels, and grasped his jacket with both hands. “It is obvious only one of you is real; the other, a mere illusion.”

“Oh? You believe so, elf?” The misty-eyed Dragon blew a cloud of smoke at him.

The elf coughed violently, and his eyes watered as he waved away the smoke. “Of course I believe so!” His voice reflected his annoyance. “There is only one dragon in this world. The second one, therefore, is an illusion . . . and not a very convincing one. The illusory beast was not even the right size when the spell was first cast, and it had to be rather clumsily modified.”

“Not a very . . . ? Why you insufferable little twit!” The second Dragon backhanded him and sent him flying across the room. “Neither of us is illusory. You had best remember that before making any further insulting pronouncements.”

My Arrogant One landed in a heap, stunned by the force of the blow. My Bounty Hunter raced to help his companion, and in a few minutes had his cohort sitting up.

Once he regained his wits, my Arrogant One started screeching. “Why . . . why did you see what that uncivilized beast did? It could have killed me!”

My other characters stood, many slack-jawed, gaping at the Dragons. They edged closer together and started murmuring. I saw my Gypsy reaching under his shirt for his dagger, and both Sorceress and Cleric were reaching for their pouches.

My Old Dwarf grabbed Miles and me and pulled us away from the others, positioning himself between the two of us and my angry characters. He batted away the dagger that sailed through the air toward the Dragons.

“Thank you, old friend, but your intervention on our behalf is hardly needed.” One of the Dragons picked up the dagger and snapped it in two.

My Gypsy pulled out another dagger. “Shall we see if this one is up to the job?”

“Stop it! Right now!” I glared at my Gypsy. “Put it away, before one of the Dragons decides to melt it, and you along with it!”

My Young Hero placed a hand on his friend’s arm. “You had best put it away. I fear the creatures might just do something rash.”

“Yes, put the dagger away . . . for now.” My Foreman spoke to my Gypsy, but his eyes were on me and the two Dragons.

My Gypsy glared at me for a long few moments before he pocketed his weapon. I turned and faced the two dragons. “I need to see you in the conference room.” I looked from one to the other, but they were as alike as two peas in a pod. “Both of you. Now.”

I motioned for Miles to join us, and instructed my Old Dwarf to keep an eye on the others.

The four of us walked down the stairs in silence. The two Dragons went first, and I watched them carefully as they descend the stairs. I could detect absolutely no difference between the two of them – they were the same color, the same size, and they moved precisely the same way. It was like seeing double. 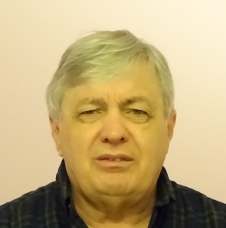 I could see my husband was watching the two huge beasts as well, though much more apprehensively. Miles was pale and sweat dotted his forehead. He lagged behind, trying to leave as much space as possible between him and the two Dragons.

The Dragons waited for us at the bottom of the stairs. They politely stepped aside, allowing my husband and me to enter the conference room first. Miles grabbed my hand and edged past the beasts, quickly. Once inside, we closed the door behind us. One of the Dragons mumbled a quick incantation, and I knew we could speak without fear of prying eyes or ears joining us. 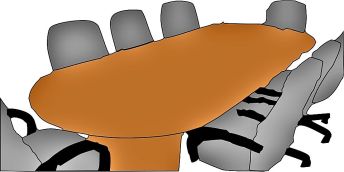 The two Dragons moved to the opposite side of the conference table, and my husband scurried to give them a wide berth. Miles nudged me and mumbled under his breath, his voice barely loud enough for me to hear. “Two Dragons? Who is the second one and where did she come from?” He gulped as he noticed the two beasts eyeing him, “Marge, they aren’t going to char my shoes with me still in them, are they?”

I quirked an eyebrow and shrugged. The one Dragon just giggled, but the other spoke to Miles, her tone prim and respectful. “I do not know you, human, but I surmise you are Mistress Writer’s mate.”

“If the scribe, in all her wisdom, has deemed you worthy of such an honor, then be assured you have nothing to fear from me.” She drew her reptilian mouth back in a toothy smile. “Neither you nor your footwear are in any danger of being charred.”

Miles heaved a huge sigh of relief. He inclined his head toward the polite Dragon. “Thank you. But who are you? Er, that is, if you don’t mind me asking.”

The two Dragons exchanged troubled looks, obviously unsure how much to reveal to Miles, but I was pretty sure I had already figured it out. I placed a reassuring hand on my husband’s arm. “I don’t think we have time for lengthy explanations. And, besides, I don’t think her name is important, honey.”

Miles raised an eyebrow at that statement, as did both Dragons.

“What is important is she is here to help, I’m sure.” I looked at the two Dragons, who nodded their agreement.

“I surmise by the incident upstairs that we arrived none too soon,” one Dragon said.

“Has it been escalating since my departure?” asked the other.

“Yes, and yes. And I hope you can offer some suggestions how to defuse the situation.” I looked at the two Dragons. “But first, would it be possible for one of you to alter your appearance a tad, just so we can tell you apart?”

“Of course! I should have done so sooner!” The Dragon on the left immediately started to shimmer. In a matter of a few seconds, she had shapeshifted to her accustomed form of an elf maiden.

Miles looked at her, then at me. “This one is Dragon? Er, I mean our Dragon?”

“Yes, dear.” I smiled at the relief on my husband’s face.

The other Dragon, still in her beastly form, snarled. Dark smoke poured from her snout. “Your Dragon? You think she is a pet, a creature to be owned?” A threatening growl emanated from deep within her throat.

Miles yelped, and almost fell off his chair, but I remained calm. I patted the air in a conciliatory gesture. “Not at all! By our Dragon, we meant our familiar friend and comrade, Dragon. Most assuredly not our pet Dragon! We only used the possessive term to differentiate her from you, a newcomer to our land, and a stranger to Miles.”

The Dragon looked at the elf maiden, who nodded. The Great Wyrm lowered her head and ceased spewing forth smoke. “I apologize. I should not have taken offense. I should have known that the Scribe and her mate would not mean that term the way it sounded.”

I smiled. “Your apology, though entirely unnecessary, is gladly accepted.”

The Great Wyrm nodded. “Good. Then let us proceed with haste. My, er, companion has told me what has been happening, and I can see for myself the situation is dire. Let us explain what we propose to attempt.”

Will Dragon and her companion be able to put an end to the conflict and strife among Mistress Writer’s characters? Come back next week and see what happens. We’ll leave the porch light on for you. 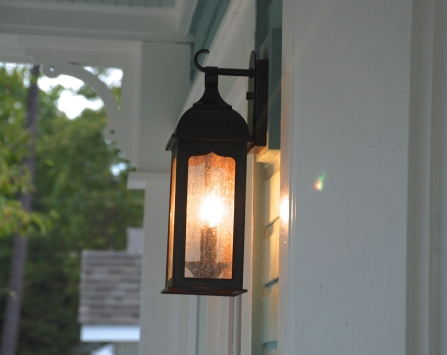