How Did I Get Here?

“Hurry up,” the Foreman whispered urgently. He and the Young Hero were watching the Gypsy attempt to pick the lock on the door to The Writer’s office. It seemed to be taking longer than usual. The Foreman’s eyes darted nervously to the other end of the hallway.

“Oh, you can relax,” the Young Hero replied, in a normal tone of voice. “The Writer and her husband will be gone for hours. They took their binoculars and cameras with them. I heard them discussing some new Wildlife Refuge they wanted to check out.”

The Foreman sighed and visibly relaxed.

The Gypsy reached for his bandana and mopped the sweat from his brow. “I think The Writer had the Sorceress put some sort of ward or spell on the lock,” he complained. “One would think she didn’t trust us!”

“A ward?” The Foreman swallowed hard. “Do you have the right tools to counter it? And the right words?” He remembered once, when he and the Gypsy were trapped by an enchantment, the Gypsy had to call on the magic of his people to counter the wards holding them. The Gypsy had told him that if he used the wrong element or said the wrong words, the two of them might be incinerated. The Foreman started to sweat as badly as the Gypsy.

“Well, if I don’t have it right, we’ll know in a second,” the Gypsy announced, with a grimace. He slowly twisted his silver stiletto, and murmured the final words of an incantation.

A shower of purple and green sparks erupted from the lock, and the door swung open. The Gypsy grinned and pocketed his blade.

“Which of The Writer’s works should we read tonight?” asked the Foreman, as the three companions walked into the office.

“Another tale involving horses?” suggested the Young Hero, and the Gypsy nodded eagerly.

The Foreman reached out and located the light switch. As the room was flooded with light, the group froze. A pint-sized man of indeterminate age, leathery-skinned and bald as a billiard ball, stood by the computer. He was holding a dagger in one hand and a small cross-bow in the other. His eyes darted past the trio, to the door. He started to bolt in that direction, but tripped over a power cord.

The companions rushed toward him, but the stranger regained his footing before they could reach him.

“Hold!” His voice was raspy, his dark eyes wide with fear, but his arm was steady, and he kept his crossbow pointed at the Foreman. 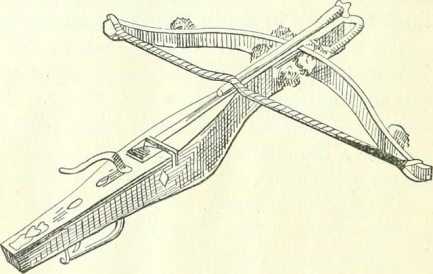 The trio stopped dead in their tracks. The intruder backed away, his eyes darting all around the room. “What is this place?”

“Before we answer any questions, suppose you tell us who you are and what you are doing here,” the Foreman demanded.

“I…I don’t know,” the intruder stammered. He frowned, and chewed on his lower lip.

“You don’t know who you are?” The Gypsy sounded dubious.

“Well, of course I know who I am,” the diminutive stranger replied scornfully.

“So, who are you?” the Young Hero pressed him.

“None of your business,” he replied in a raspy snarl.

The Gypsy raised an eyebrow. “Then we have nothing more to discuss.” He motioned for his two companions to leave.

“Wait!” Keeping the crossbow trained on the Foreman, the intruder rubbed his jaw with his dagger hand. He carefully studied the companions. He looked around the strange room once more, and began pacing back and forth, thinking. Finally, he sighed, and lowered his weapons. “I can not give you my name,” he stated, then added in a raspy whisper, “I am an Assassin.”

“Are you here looking for your intended victim?” the Foreman challenged.

“I…I don’t know why I’m here,” the Assassin admitted. “I don’t even know what manner of place this is, or how I came to be here.”

“Tell us what happened.”

“Well, I had been on the trail with my partner. We were camped in a small clearing. We were taking turns keeping watch and sleeping. My partner relieved me from my watch, and I turned in. I was asleep within minutes. I awoke later, here…wherever here is.” He paused and licked his lips. “Have the three of you summoned me to this place? Are you sorcerers?”

“No, we have not summoned you,” the Foreman assured him, “nor are we sorcerers, although the Gypsy has some command of magic.”

“Then…” The Assassin trailed off, raising his palms in a gesture of confusion.

“You are probably here because you fell out of the pages of a manuscript,” the Young Hero explained.

The Assassin lifted an eyebrow. “Fell…out of a…a manuscript?” His raspy voice could not hide his confusion. “What is a manuscript?” 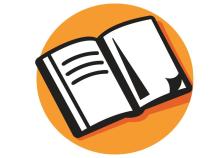 “It’s a book or story that has not been published,” the Young Hero explained.

The Assassin gave him a blank look.

“The Writer stores it here, in this thing called a computer,” the Young Hero continued, gesturing toward a device on the desk.

The Assassin shook his head and raked his hand through his hair.

“Sounds crazy, doesn’t it?” The Gypsy grinned and waggled his eyebrows. “But chances are, that’s why you’re here. That’s how the three of us, and a number of others you haven’t met yet, arrived in this place.”

“I…I don’t understand. This is all so…so absurd!” The Assassin’s eyes widened in fear as he looked around the strange room, full of bizarre and unfamiliar objects.

“It is very confusing at first,” the Young Hero sympathized. “But it does not take long for one to adjust. I have been here the longest of anyone in our group. I guess I feel as much at home here as I do in my own world.”

“But where is ‘here’?” the Assassin asked, a note of panic creeping into his voice.

“Well, ‘here’ is what The Writer calls the real world,” the Gypsy tried to explain.

“The Writer? What writer? Is she a sorceress?”

“The Writer is the one who tells our stories,” the Foreman explained. “She keeps us and our world in the pages of what she calls a manuscript. I guess that does make her a sorceress of sorts.”

“And we have all fallen out of the pages of this manuscript, to take up our lives in this world?” The Assassin sounded dubious.

“So how do I get back to my world, to my partner, to my mission?”

“You are already there, my friend. We are all still living our lives in our own world, in the pages of the manuscript where she has transcribed our stories.”

“Such foolishness! How can we be in both worlds?” the Assassin scoffed.

“That is a mystery,” the Foreman admitted. “We really don’t understand it fully, but we know it to be true.”

For long moments, the Assassin looked, slack-jawed, from one to the other. Then he shook his head, frowned, and resumed pacing. Finally, he sighed. “So, what am I supposed to do, here in the ‘real’ world?”

“Well, let’s see,” the Gypsy replied. “We play with the Dragon, arm-wrestle with the Dwarf, help the Cleric collect components for her healing spells, and try not to annoy the Arrogant One. But, mostly, we torment The Writer.” He grinned mischievously and waggled his eyebrows again.

“Speaking of whom,” the Foreman said, cocking his head and placing his hand to his ear, “I thought you said she would be gone for hours.”

“She should have been,” the Young Hero replied.

“Well, that’s her vehicle I hear, pulling into the garage.”

“Let’s go,” the Gypsy yelped, grabbing the Assassin by the arm and yanking him toward the office door.

The Assassin pulled away and declared, “I go nowhere. I wish to meet this sorceress you call The Writer. She has a great deal of explaining to do.”

“Suit yourself,” the Gypsy called back over his shoulder as he and his companions high-tailed it down the hallway.

“What is it The Writer always says at the end of her blog?” asked the Young Hero.

“If you want to see what happens next, feel free to stop back from time to time,” replied the Foreman. “I’ll keep the porch light on for you.”

“Yes, that is it. I always wonder to whom she is addressing that invitation.”

“Maybe whoever it is will leave us a note to let us know.” 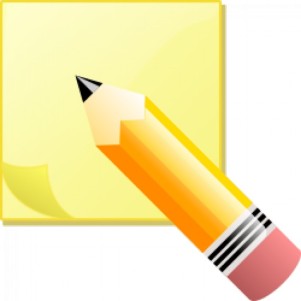